To get to know the foundation better, we invite you to read a little more about our history.

Maxime and Bruno became good friends around the age of 10. Their passion for hockey brought them together but they were far from suspecting that their childhood dream, which boiled down to “one day we will play together in the National Hockey League”, was to come true!

After playing together at the Atom and Bantam level, the two friends found themselves on the same ice rink to play against each other in the Quebec Major Junior Hockey League. Maxime wore the colors of the “Gatineau Olympiques” while Bruno defended that of the Acadie-Bathurst Titan.

After Bruno played for several years with the New York Islanders and the Tampa Bay Ligthning while Maxime played for his part with the Pittsburgh Penguins, the two childhood friends finally found themselves on the same team, the Flyers of Philadelphia. Their dream came true.

During their hockey season, Maxime and Bruno are frequently involved in their respective regions by visiting hospitals and school classes, participating in fundraising activities, lending their names to causes and others. With this in mind, in 2008, Maxime Talbot and Bruno Gervais decided to join forcesto help various humanitarian organizations and causes. The Gervais-Talbot Foundation was thus born.

The purpose of the Gervais-Talbot Foundation is to centralize and coordinate requests for financial contributions and to organize events with the aim of raising funds for selected causes, mainly with regard to children.

Since 2008, the two acolytes have carried out a lot of projects. In addition to having organized eight editions of the “Omnium Gervais-Talbot”, they organized the NHL player tour in 2012 and participated in numerous charity events. They are now at the head of a program on RDS. The two partners continue to develop projects to help others, to help the most disadvantaged. Never mind, other fundraising campaigns will emerge in order to give to the next!

The Gervais-Talbot Foundation aims to help children sick or from disadvantaged backgrounds.

Maxime is from Saint-Bruno-de-Montarville where he played all his minor hockey. He is the youngest of a family of three whith two older brothers, Francis and William.

Maxime has always had a big heart and made himselft available for various causes for children in need. Today, Maxime and his wife Cynthia are parents of a boy and two girls. He is most grateful to have three healthy children and even more aware of the importance of helping those who are not so fortunate.

Bruno played his minor hockey in Mont-St-Hilaire and Saint-Hyacinthe. He is the oldest of a family of three children where he is followed by his sister Marie-Pier and his brother Maxime.

Bruno has always been involved in the community, visited hospitals and lectured in different schools. Today, Bruno and his wife Mélanie are parents of a boy and two girls. He has remained very sensitive to causes involving children and is still involved frequently. 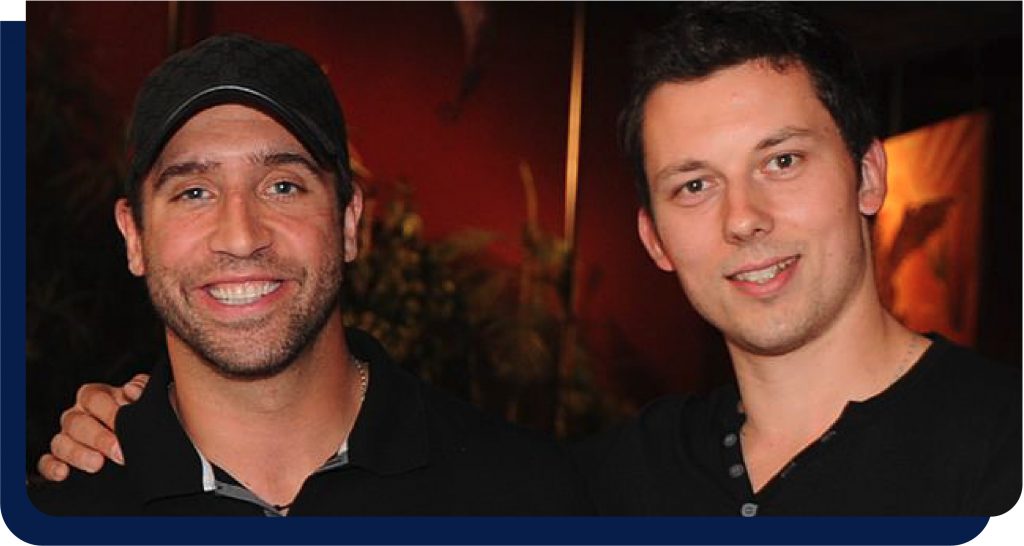 For purely social purposes and for all other purposes of the same nature, but without pecuniary intention for its members :

1- Organize or collaborate in the development and holding of beneficial events.

3- Receive and administer donations, bequests and other contributions of the same nature in money, securities or real estate.

5- In pursuit of its objectives, all of the funds collected are devoted directly to the benefit of children in need.

Discover our next events and come meet us

Support our foundation and make a donation. Together, let’s make a difference!

For any questions regarding the foundation, our fundraisers, upcoming events or any other, do not hesitate to send us an email.